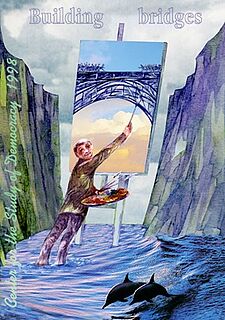 CSD’s primary goal - to build bridges between the expert and policy making communities - has been a guiding principle in all the areas of interest to the organization since its creation: economic and legal reform, opinion and market surveying, European integration, development of the non-profit sector. The period during which the Center has established itself as a major public policy institute and a facilitator of private-public coalitions has also been a time of gradual consolidation of political and economic reforms in Bulgaria. Looking back on those years, CSD’s achievements as a public policy institute have followed the main elements of the mission statement of our organization, which we have summarized below.

CSD has promoted institutional reform and the practical implementation of democratic values in legal and economic practice.

CSD has been one of the most active participants in the effort to reform the legal and regulatory environment for economic reform in all its main areas: mass and market-based privatization, municipal privatization, foreign investment, debt conversion, migration of laborers, and capital market development. The Center has made its contribution in these areas by way of a range of research and advocacy activities, practical assistance to institutional development and relevant legislative reform, dissemination and training.

In terms of the process of policy development, CSD has brought together policy makers, government officials and analysts to reach consensus and draft the necessary amendments in the regulatory framework of the economy. A policy recommendation document Strategy for Accelerating the Privatization Process 1997-1998 was submitted to the Council of Ministers and adopted in the fall of 1997. CSD provided a consensus Policy Document including the legislative agenda for the institutional development of capital markets in Bulgaria. In 1997, the policy recommendation paper Institutional and Policy Framework for the Development of Capital Markets in Bulgaria presented a comprehensive overview of the status of the legal and institutional framework of capital markets. It serves as an effective management and outreach tool that sets policy priorities and enables the effective tracking of the process.

In addition to the development of policy recommendations on the regulatory reform of privatization and foreign investment, the Center has sought to assist reform through the:

Some pertinent examples of the practical assistance provided include the implementation of the program for Regional Development and Municipal Privatization in the region of Bansko in Southwestern Bulgaria, the National Mutual Fund, adopted by the Council of Ministers, and the regulations of an Agriculture Development and Assistance Fund, adopted by the Ministry of Agriculture. In pursuit of both its role as public policy institute and facilitator, the Center developed Recommendations to Facilitate Expanded Economic Relations Between Bulgaria and the United States, presented at the US-Bulgaria summit in Washington, D.C. in February 1995. In 1994-1995 the Program developed a fully-fledged Debt Conversion Program to assist Bulgarian authorities in drafting the arrangements for Debt - Equity Swaps by combining the existing legal framework for privatization with the new regulatory framework, institutional setup and swap mechanisms.